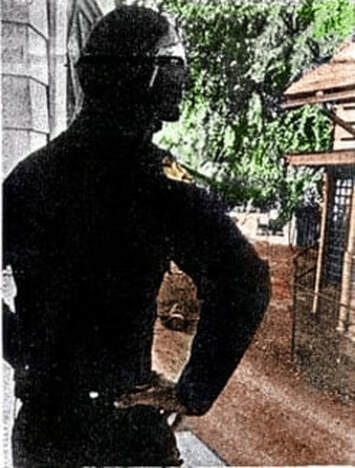 There may be an explanation for the rh written at the foot of the Riverside Desktop Poem that doesn't include the author's initials :

The Riverside Desktop Poem was discovered in the December of 1966 by a Riverside janitor and may very well have been written at about the same time as the Confession letter on November 29th 1966 (likely by the same author). By the addition of "Just wait till next time. rh". the author is reminiscing in the present tense the murder of Cheri Jo Bates in Riverside on Halloween. This was the date widely reported in the newspapers of when Cheri Jo Bates was discovered in the dirt alleyway.  The "r" and "h" signifying riverside, halloween.

The Desktop Poem is only 45 words in length (including the title), and the 3 Bates letters were only 8 words in length. Yet both these communications had one thing in common with each other and the Confession letter. They all contained the phrase "to die", suggesting that it would be very unlikely for two or three separate authors to have created these communications, in absence of these being published in the newspapers at the time.
​
​Riverside Desktop Poem: "Sick of living/unwilling to die".
Confession Letter: "I said it was about time for her to die".
Bates Letters: "Bates had to die" and "she had to die".

The Zodiac Killer never wrote this phrase in his communications.