The Riverside Police Homicide Cold Case Unit has issued a statement detailing a 2016 anonymous letter postmarked from San Bernardino, later revealed through DNA to have been mailed from a man who claimed he was "troubled teenager" in 1966 and penned the three Bates letters as a sick joke. However, there is no supporting evidence presented to validate that this individual is telling the truth.
​See One Hoaxer in 1966 and 1967. 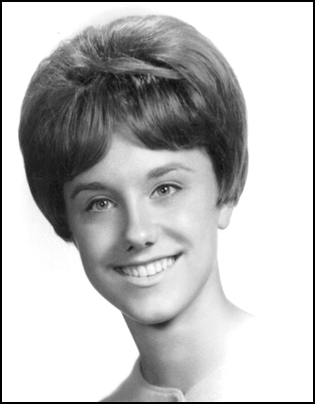 Cheri Josephine Bates
Three lined letters measuring 8.5" by 11" were mailed on the six month anniversary of the slaying of Cheri Josephine Bates (18). The young college student was murdered on Sunday, October 30th 1966 in an alleyway close to the Riverside City College library, brutally stabbed and slashed numerous times with a short-bladed instrument. The killer had sabotaged her Volkswagen Beetle car by ​tampering with the middle wire of her distributor, with the intention of luring the young girl to her death. Read more...

The letters were mailed with two 4c Abraham Lincoln stamps (double postage) to the following addresses on April 30th 1967:

ALL LETTERS AND ENVELOPES CAN BE VIEWED BELOW (WITH SUPERIMPOSED STAMPS).